Pozo is a lottery game played in Ecuador. The draws are held on Sundays at 11:30 local time. Each draw is broadcast live on national television.

Tickets cost just $1. In order to take part in Pozo, you will need to purchase a lottery ticket from an authorized lottery retailer. You can buy your ticket online, too. Each ticket contains fourteen numbers ranging from 1 to 25, as well as a picture of an animal.

Pozo does not have a fixed jackpot. Instead, the jackpot is the percentage of the total prize pool. If nobody hits the jackpot, it will keep on accumulating. There is no upper limit on the jackpot, and as a result, it can reach staggering amounts.

Odds of Winning and Prizes

Your odds of winning the jackpot are 1 in 4,457,400. The prizes are divided into five prize tiers. The prize amounts are fixed, with the jackpot being an exception to that rule. On top of that, you can win back your stake by matching the animal of the week. In order to qualify for one of the prize tiers, you have to match between ten and fourteen numbers drawn.

If you qualify for one of the prize tiers, you will have three months to claim your prize. The Pozo prizes are paid out in lump sums. Both the jackpot and the second prize tier are subject to a 14% tax. The tax is deducted at source.

Who Can Play Pozo?

In order to play Pozo, you need to be at least 18 years of age. Unfortunately, Pozo is not available to players from abroad.

Can You Play Pozo Online?

Yes, you can play Pozo online. You just need to visit the official website of Pozo, create your account, fill in the required information, and transfer money to your account.

Pozo was launched in 2003. It is operated by Guayaquil Junta de Beneficencia, which is a charitable organization that is responsible for a number of public services in Ecuador.

Other lotteries and winning numbers from Ecuador 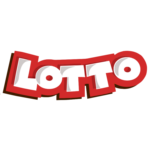 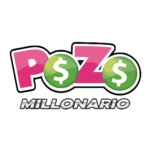